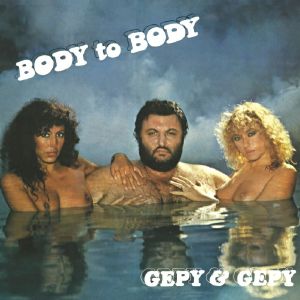 Giampiero Scalamogna best known as ”GEPY & GEPY” was an Italian singer, songwriter, producer, arranger and for his powerful voice visually combined to his robust physique he was paired to Barry White and Demis Roussos. During 70s he focused on disco music genre, composing and performing several songs such as ”’Body to Body”’ opening song of the famous Italian TV-show Discoring , and ”’African Love Song”’ that was part of the Nicky Siano’s playlist at the Studio 54. Best Record Italy wants to remember this big italian producer (died in 2010 at the age of 67) with this 12”’ limited edition containing for the first time the extended disco versions of ”Body To Body” on the A side and ”African Love Song” on the B side.