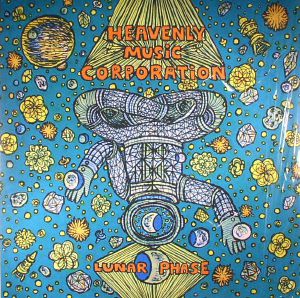 The material collated on this third release from Heavenly Music Corporation was composed specifically for St. Giga in Japan, a satellite broadcast radio station transmitting ethereal audio harmony 24 hours a day. What made this station otherworldly was its programming; motivated by tidal movements, the aquatic ebbs and flows of each day synchronised to the activity and intensity of the music broadcast.