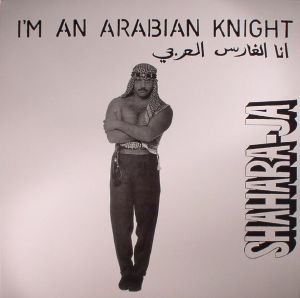 The history of dance music is littered with one-hit wonders. The mysterious Sahara-Ja, whose one and only 12″ appeared on Australian label Central Station back in 1989, is a perfect example. Since slipping out in limited quantities 18 years ago, the Egyptian Lover-does-’80s soul cut “I’m An Arabian Knight” has become something of an in-demand record amongst collectors. This timely reissue contains all four versions included on the original ’89 release, including a tasty instrumental and the must-heavy Funky Arabian Mix. This sublime version puts more emphasis on the producer’s killer electro rhythm, dreamy chords, and cascading, Persian style synthesizer melodies.