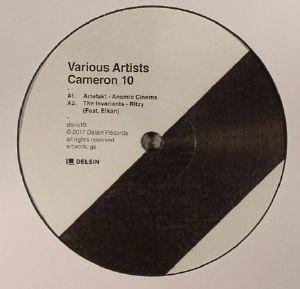 Delsin is to put out an eight track compilation for the tenth release on its Cameron series, taking in stronghold names as Claro Intelecto and Vril, as well as former contributors to the series Shlømo, Artefakt and Gunnar Haslam. As has been the mission for the series before, there’s eye for new talent too – in the names of recent Delsin newcomer Sentomea, The Invariants and Cameron. All contributors look beyond the dance floor to offer a mixture of moody and atmospheric sounds, and everyone was given free rein, which has resulted in a collection that covers so much stylistic ground.