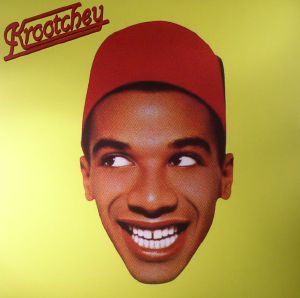 Philippe Krootchey was a musician, DJ, radio and television host born in Versailles, France in 1954. In 1984 Krootchey released his debut single Qu’est c’qu’il a (d’plus que moi ce négro là)’ on disco label Casablanca Records. Subsequently the single was re-released the same year but sung in English as Whatazzy’. For this release he teamed up with former Love International bandmate Fred Versailles, who shared his love for Kraftwerk and Yellow Magic Orchestra as well as glam rock and 70’s black American soul music. Fred remembers, The idea was to send a message about racism against black people with a humorous tone. The French title translates to What has this nigger got, that I do not have’ Reversing the racial scales, Philippe (who is black) would get the girls and the fame, making white people jealous. It was Philippe’s tactful way to joke about racism he had experienced and overcame.’ The result is a slick synthetic funk and electro boogie reminiscent of Grandmaster Flash and Afrika Bambata. Philippe rap and subverting racism at the same time. On the B-side is Voodoo’ a slowed down instrumental dub version that stretches out the original to over 7-minutes. Sadly on September 2, 2004 Philippe Krootchey died of a cerebral aneurysm, just short of celebrating his 50th birthday.