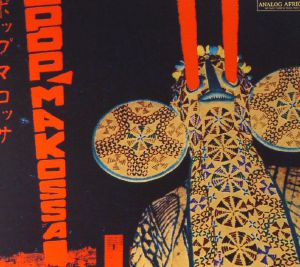 Now Analog Africa returns to put the record straight. Pop-Makossa shines a light on a glorious but largely overlooked period in the story of Cameroonian makossa, when local musicians began to replace funk and highlife influences with the rubbery bass of classic disco and the sparkling synth flourishes and drum machines of electrofunk. The resultant compilation, which apparently took eight years to produce, is packed full of brilliant cuts, from the heavily-electronic jauntiness of Pasteur Lappe’s “Sanaga Calypso” and horn-totin’ Highlife-disco of Emmaniel Kahe and Jeanette Kemogne’s “Ye Medjuie”, to the dense, organ-laden wig out that is Clement Djimogne’s “Africa”.

The Pop Makossa adventure started in 2009, when Analog Africa founder Samy Ben Redjeb first travelled to Cameroon to make an initial assessment of the country’s musical situation. He returned with enough tracks for an explosive compilation highlighting the period when funk and disco sounds began to infiltrate the Makossa style popular throughout Cameroon.