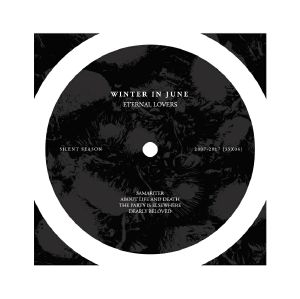 The Silent Season 10 Year Anniversary collection celebrates a decade of deeper electronic music. The vinyl series features artists whose music continues to inspire the Silent Season journey. Having only made spotted appearances in the past, icy ambient techno artist Winter In June makes a fine first outing on vinyl with a press of his formerly digi-only EP Eternal Lovers. It’s prime Silent Season material, using massive slabs of reverb and a foreboding sense of space as his main weapons while rolling out bleak machine matter that sounds as though it were blown across the tundra. “About Life & Death” is particularly moving with its heart monitor bleeps and forlorn strings, while “The Party Is Elsewhere” is a telling trip into the coldest of coldwave.