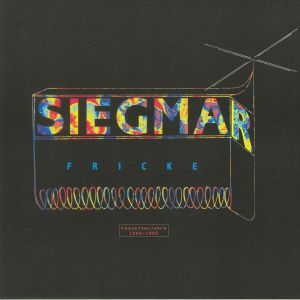 Siegmar Fricke describes his music as ‘dynamic dancable collage-pop with a 90s technoid tendency’. The music on this release is made by Yamaha sampling- keyboards, Yamaha multieffects, synthesizers and 60s magnetic tape recorder, recorded on a four-track Tascam tape-machine. From 1987 – 1993 he produced twenty four cassette releases, some on his former label ‘Bestattungsinstitut’ and some on other tape-labels all around the globe. This vinyl is a fine selection of various tapes from 1988 – 1993 slightly edited for club use and remastered by Berlin’s masterchef Kitaro from Schnittstelle. Heavy underground dancematerial for the first time on vinyl. Comes with a strong extended dancefloor remix by Manfredas.