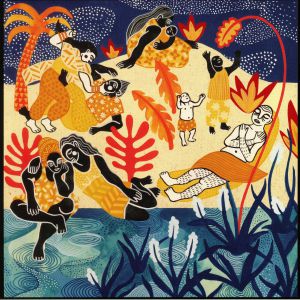 First Word kicks off 2018 with the welcome return of Quiet Dawn, and a new EP, ‘Human Being: The Short Story of The Reed’. A suitably ice-thawing six-track opus to compliment the change of seasons, dedicated to the winter blooming plant’s desire to be human. Parisian Will Galland first appeared on the label in late 2014, releasing his debut album ‘The First Day’ the following year. Collaborations on that album and subsequent mixes since have included offerings from Oddisee, Miles Bonny, Eric Lau, Bastien Keb, Sauce81 (Eglo), Mayaka McCraven and Sarah Williams White. Evolving his music from a palette accumulated over the years of Hip Hop, Broken Beat and House, he has expanded his talents for arranging and composing, and now drafted in a wealth of musicians for this sublime new EP, his most ambitious yet. Strings glide effervescently atop of Quiet Dawn’s assorted analogue synths, and an array of percussive organics combine to build the tale of The Reed. In-places, the set transcends into the kind of grooves that saunter somewhere between the land of Bonobo and Quantic, and the cinematic library record craft of Alan Hawkshaw et al.