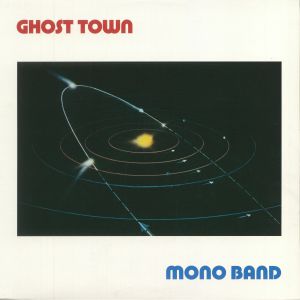 Dark Entries Editions reissues “Ghost Town” the 1984 debut 12” single by Mono Band from Italy. The project was conceived by producer Rene ‘D’Herin and Massimo Fantinatiti aka Fantenax and tey teamed up with songwriter and guitarist Luigi Venegoni aka Svengile. Treading the lines between Italo Disco and the darker side of New Wave, the trio crafted a mysterious sound. Melancholic arpeggiators, a throbbing baseline, stuttering samples, and the classic Linn drum machine run throughout the track. The song was recorded in a few days at Dynamo Sound Studio in Turin and originally released on the popular Discomagic Records. This reissue includes the original vocal version, backed with a longer dubbed out instrumental “Ghost Version” on the B-side.