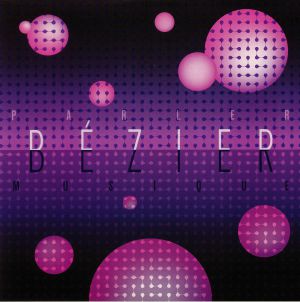 Dark Entries release the debut album from Bézier titled ‘Parler Musique’. Bézier is Taiwanese-American musician Robert Yang who is also part of the Honey Soundsystem crew. A multi-instrumentalist, Robert grew up in Southern California then planted his roots in San Francisco in 2005. Over the years in SF he has built an impressive analog synth-based studio, which also serves as the creative hub for his riveting live performances. Parler Musique clocks in at over 52 minutes with 8 tracks are spread across four sides for maximum loudness. The album title is a French transliteration on the phrase “Parlor Music” and is evening music for a meeting of minds in a drawing room or a literary salon. To ‘talk about music’, the actual translation of the title, the album is a hotbed of ideas. Different genres are crisscrossed: punk, synthpop, jungle, new romantic, industrial and new wave. Airy melodies, surging arpeggios and symphonic breakdowns counterpoint cold digital drum sounds to convey beauty within inescapable and impending daily processes.