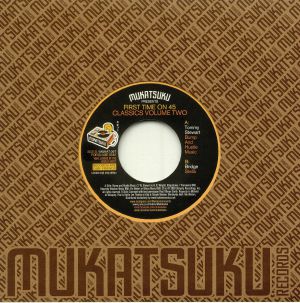 Seems strange that Tommy Stewart’s seminal rare groove funk anthem ‘Bump And Hustle Music’ has never had a 45 release but Mukatsuku has set out to re address this issue with volume 2 of their First Time On A 45 Classics series. On the flipside we find the sublime version of Stella ‘ from Bridge via the originally unreleased album ‘Crying For Love’ recorded in Boulder, Colorado in 1981. First Experience reissued that album in 1999 but this is the first time ‘Stella’ written by Paul Tillman Smith has been made available as a 45.