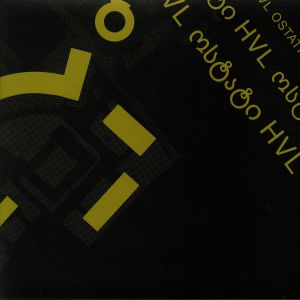 After releasing HVL’s Away From Everything We Know 12” back in 2015, Organic Analogue welcome the Georgian producer back to present his long-awaited debut album. As a resident of the much-vaunted club BASSIANI, HVL conceived Ostati as a document of the sound of Tbilisi – centred on warm, outboard house and techno but with a noticeably understated mood. The club tracks take a pared down approach that favours space and meditation over bold brush strokes, but between the teeth-gnashing bite of ”Askinkila” or the rough and ready acid workout ”Continuum,” the sound is gutsy and dripping with character. Ostati spells out a space where dim lights and mysterious corners provide a playground for wild ideas to dart around in the dark. The overall atmosphere may appear subdued, but it’s merely a cover for the fiery spirit lurking underneath.”