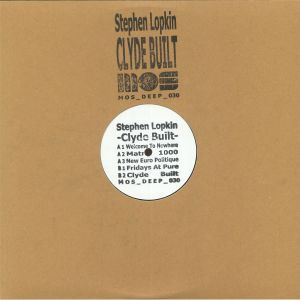 Stephen Lopkin is back on M>O>S Deep with a great double pack of that gleaming sound. The Scottish artist has been making prickly house and techno for almost a decade. His style is serene and slick, and across the 10 tracks here he manages to conjure tracks that work in the club but that come with plenty of cerebral qualities. He never made a secret he takes a lot of influence from early Detroit Techno, even Several track titles pay direct homage to his musical heroes like Derrick May, Kevin Saunderson, Carl Craig and also the track New Euro Politique is made in memory of the late UK producer Matt Cogger aka Neuropolitique.