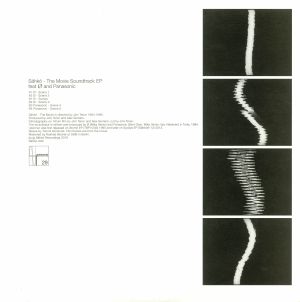 The sound recordings for Jimi Tenor’s “Sähkö: The Movie” got lost in mid 90s. It was only last spring Warp Records returned all the demo tapes Jimi sent them in 90s. Happily the Sähkö soundtrack parts were on those tapes too. This is a compilation of soundtracks (both solo, as Ø, and alongside Ilpo Vaisanen and Sami Salo as Pan Sonic) made for Mika Vainio’s memorial in Oslo in September 2018. All the tracks are from the actual movie scenes.