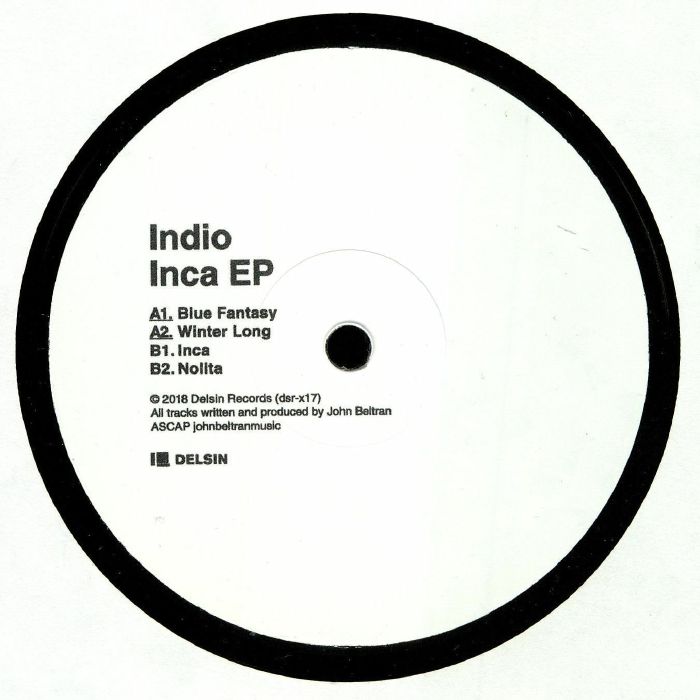 Indio was a short lived but influential trio of John Beltran, Sam McQueen and Seth Taylor. They released an album and three EPs of hi tech ambient techno on Derrick May’s Transmat and the Rhythmic Tech label between 1999 and 2010. Here, three tracks from their self titled 2003 EP and one that was released on Styrax get put together, remastered and recut for the next Delsin reissue. Opener ‘Winter Long’ is classy techno cut that looks into the future. A symphony or gorgeous strings lights up the backdrop as scintillating drums dance and shimmery in the foreground. A Detroit sense of melody adds colour and ensures utter timelessness. ‘Blue Fantasy’ is another track that show off the power of machines to make music that touches your soul with its gorgeous strong stabs and masterful drum programming, and ‘Inca’ then slips more into a house groove, with busy, shuffling drums driving along beneath acidic twitches and broad, heavenly pads. It’s slick, urgent and compelling and ‘Nolita’ closes things with more delicate dancing machines, rueful synth work and rubber bass. It’s archetypal Detroit techno that sounds as good and forward facing now as it ever did.