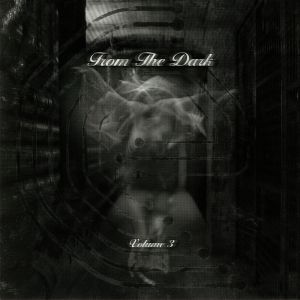 Following volumes 1 & 2, Cultivated Electronics label-head Sync 24 hails another world-class line up to the helm to bring ‘From The Dark’ to a strong close with Volume 3. Finnish duo Morphology kick things off with ‘Sentinel’; a gritty stepper with a sinister synth riff, followed by Alpha 606’s ‘Zombie King’ of wiggy arpeggios and off-kilter analogue delays. Flip for the B1 where Silicon Scally enters with a raspy and cutting, harmonious jam. B2, which is a collaboration between CE head-honcho Sync 24 and NYC based Joonam, Prada, is a 140bpm big-room monster, with a reverberated low end and quivering moans of spooky voices. On the next disc, is Miami-based Calderin with a sickening groove that draws you in and holds you where you are from start to finish. Following up is Brooklyn based techno stalwart Donor under his new SC-164 electro alias switching things up with earthy snare rattles and a tweaked-out, panicky synth lines. Nomadic (of UK electro label Touchin’ Bass) then rolls out an addictive chord progression above tight, snappy beats, while masked, Dutch duo Animistic Beliefs close out the series with winding, morish pads that draw from a sci fi sound-palate, showcasing a glimpse into their astounding live set-up.