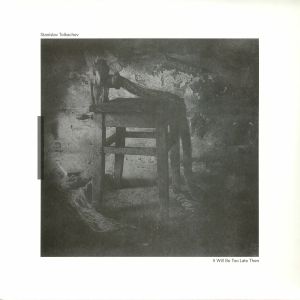 Stanislav Tolkachev is releasing a new double-LP through Krill Music called “It Will Be Too Late Then”. The Ukrainian techno artist says he made the album by assembling tracks recorded over a three-year period, and he notes somewhat cryptically, ”I think this record represents a phase.” As with most of Tolkachev’s releases, the album will feature his own visual art on the cover. He previously appeared on Krill Music with a track on a sampler 12-inch nearly two years ago. Krill Music, a Berlin-based label originally founded six years ago in Buenos Aires, is having it pressed in Argentina to support ”the growth of the Latin American vinyl industry.”

Stanislav Tolkachev – It Will Be Too Late Then [KRL012]