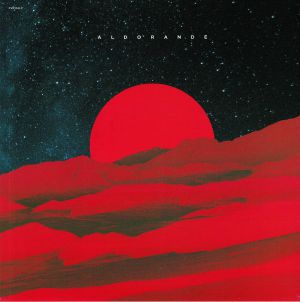 Ready for an adventure running parallel to their lives in common units, the quartet boarded a starship to set off on an astral expedition. The mission began perfectly, according to plan. From the very first measures, the travellers were released from the Earth’s gravity. Very quickly, their home planet appeared tiny and distant, before disappearing completely. Comets and novae lit the way through the fathomless depths of interstellar space. Their preliminary, in-depth studies of seventies jazz-funk were a great source of inspiration. Very early on, they knew that this sonic esthetic would allow them to travel even farther, navigating only with organic instruments and no digital backing or enhancements. Commander Virgile Raffaëlli’s bass lines guided their journey, offering a calm, yet vibrant foundation for the smoother phases and turning up the power to bring them through turbulence and meteor showers safe and sound. Like a compass, the bass indicated the direction and traced a groove that the loyal, valued crew could follow as their travels continued. Mathieu Edouard’s drums solidly locked down the rhythm to avoid any sudden jolts, working in tandem with Erwan Loeffel’s jet-propelled percussion. On the keyboards, Florian Pellissier drew harmonies and riffs from the synthesizers and electric pianos to oil the machinery and lighten the load when the ensemble needed to rise a few feet. The crew’s almost telepathic cohesion was key to their success, allowing them to express interior emotions with just a few notes.