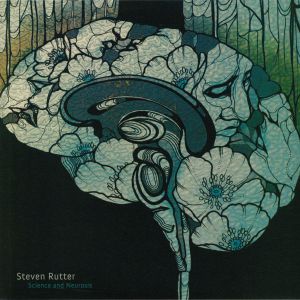 Since returning to music a few years ago, B12 man Steven Rutter has released a wealth of fine material in his trademark thoughtful, melodious, complex and far-sighted style. His latest EP is a little darker and more uncomfortable, sounding not unlike the soundtrack to a yet-to-be-aired sci-fi TV movie about the slow death of the universe. He begins with a fine chunk of creepy, faintly unsettling electro (the otherworldly creepiness of “Neuro Fracture”), before reaching for weightier sub-bass, melancholic melodies and complex electronic rhythms on “Not To Be Trusted”. Over on Side B, “Divine Intervention” is a fuzzier chunk of horror-informed electro ghostliness, while “Reds Dead” pops, chimes and bubbles impressively thanks to Rutter’s extensive use of dub style delay effects and stabbing bass.