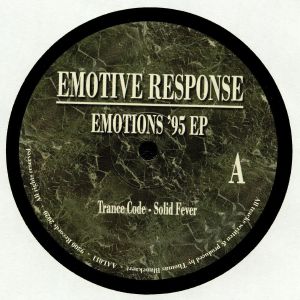 Part 1 of a Trilogy inspired by Belgium Dance Music from early/mid 1990s till early 2000. Produced by Thomas Blanckaer aka Innershades under his new alter Ego ‘Emotive Response’. Belgium Trance was at its commercial peak during those years and while Dj’s showcased their skills on national television (TMF!), a new group of producers stood up injecting the lively scene with big tunes. The often dramatic and dark melodies that defined their typical sound can be found again in the four club bangers collected on this first EP. All containing that energetic and uplifting sound from those days, but with a an own twist from the man Innershades.