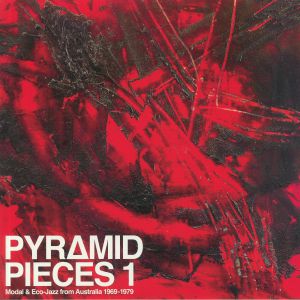 Borrowing its title from an infamous Australian jazz composition, Pyramid Pieces is a long overdue compilation which documents a period of Australian modern jazz that flourished during the late 1960s and 70s. A brief yet vital survey which examines an isolated yet thriving vibrant scene that was largely unheard outside of its own country. Whilst many local musicians found success abroad in the UK or the USA, those that remained found limited support for jazz from the commercially-minded mainstream music industry, thus an empowered independent movement was born, represented by labels such as Jazznote and Horst Liepolt’s 44 Records. This compilation is a showcase of this period and the various forms of modern jazz indicative of the scene, from modal and deep spiritual jazz through to avant-jazz film soundtracks and the unique sub-genre ‘Eco Jazz’ (a distinctive style which drew vivid inspiration from Australia’s natural environment). Featuring essential tracks from celebrated Australian jazz icons such as John Sangster and Alan Lee, the collection also asserts the importance of other often overlooked groups including Jazz Co/op and The Brian Brown Quintet amongst others. Pyramid Pieces is the first entry in a new series that will explore the largely unheard yet incredible sound of Australian modernist Jazz.