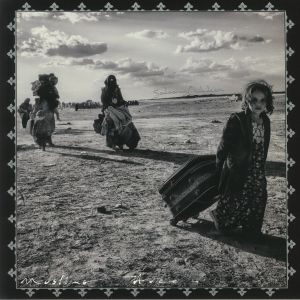 Long-time Muslimgauze fans with keen eyes and/or photographic memories may immediately notice something about the newly unearthed Sadaams Children album; with some slight orthographic differences, it just about shares a name with a short track from the classic Narcotic (Staalplaat, 1997; the similarity and the difference is pretty much expected from someone who both liked to reuse names and didn’t care for consistency in spelling as Bryn Jones did). While none of the four lengthy tracks found on Sadaams Children actually sound like sparse, clean string sounds of Narcotic’s ”Saddams Children”, three of them never previously heard extended versions of tracks previously found on that release – well, one is both an extended and truncated version, but such are the idiosyncrasies and joys of the ever-complex Muslimgauze oeuvre.