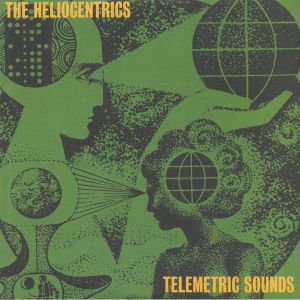 The Heliocentrics, the UK’s cosmic, psychedelic-funk ensemble issue their second album on maverick producer Madlib’s label, Madlib Invazion. Drawing equally from the funk universe of James Brown, the disorienting asymmetry of Sun Ra, the cinematic scope of Ennio Morricone, the sublime fusion of David Axelrod, Pierre Henry’s turned-on musique concrète, and Can’s beat-heavy Krautrock, they have – regardless of the label on which they’ve released their music – pointed the way towards a brand new kind of psychedelia, one that could only come from a band of accomplished musicians who were also obsessive music fans. It’s only six months since The Heliocentrics released their last album, ‘Infinity of Now’, but boy how the world has changed since then. To reflect that, this new collection of songs is more intense, dark, paranoid, uncertain and, well, angry. It makes for a typically out there record that pulls together disparate worlds and defies familiar conventions. There are moments of sweetness and light such as “Space Cake” but also pixelated realms of jazz complexity that glisten and glean. This is an album that will lead you to strange, thought provoking places, but will also greatly reward any time you spend there.