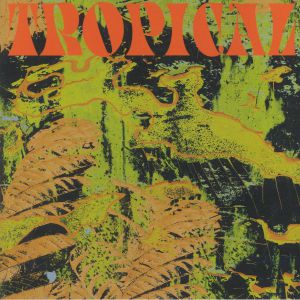 You could think of the collection of tracks here as a library record of sorts, and each track inhabits its own universe. Tropical fits various moods and situations, and it could soundtrack any number of activities at home or on a dancefloor – whether real, imaginary, or hallucinated. Strangely enough, it sounds like it could have been constructed from obscure Italian library breaks, when instead every instrument has been played and panned, several times over, across magnetic tape. The genesis of many of these tracks began when CV Vision moved to Berlin in 2014. His flat had a small chamber where he could fit a drum set, so he treated the walls with foam, and in true DIY style, dived headfirst into recording these tracks. It was the natural next step on an audio adventure that first began when CV Vision picked up the guitar in his teens, and a couple years later started recording with friends in his home town of Bayreuth. Fast forward ten years and here is his debut – a culmination of practising chops and learning instruments, mastering recording techniques and fine-tuning the CV Vision sound. It’s a sound that condenses elements of acid rock, psych soul, library funk and new wave oddities into a movie soundtrack for your mind. It’s a journey from ‘60s west coast LSD-drenched excursions to ‘80s synth and post-punk mutations. Tropical is a plunge into another time, another music you can simply swim around in and explore.