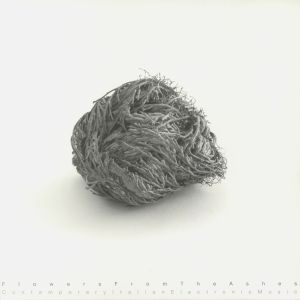 ‘Flowers From The Ashes’ is the latest multi-artist project to bear the acclaimed Stroboscopic Artefacts imprimatur. There is a sensibility of decadence and corroded grandeur etched within its four album sides, reminding us that historically ‘decadent’ times have nonetheless resulted in some of the boldest acts of individual and collective creativity. Like the ‘floral’ theme that has remained a consistent feature of S.A.’s graphic presentation, the music here equally presents fragility and intensity in a way that really drives home this visual metaphor for good, while still holding out the promise that similar creations will be seeded in the near future. Though many of the artists involved have set of residence outside of their native Italy, all contribute here to make a captivating portrait of a shared spirit and cultural memory. Tracks from Silvia Kastel, Andrea Belfi, Marco Shuttle, Ninos Du Brasil, Alessandro Adriani, Chevel, Lucy, Lory D, Caterina Barbieri and Neel.