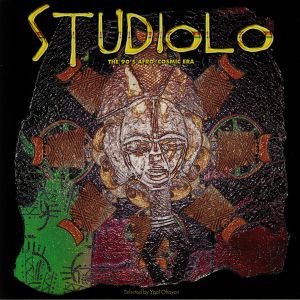 Antinote and Dizonord present Studiolo. Northeastern Italy, at the beginning of the 1980s, an entire local scene gathered around a handful of DJs who put their dancefloors in a trance to the sounds of ”rare, new, and singular” music, under the strong influence of ethnic and world music. Mixes where German Kosmische clashes with space disco, along with the most experimental side of British new wave, industrial music, creepy funk, deviant rock and pop. All this mixed with Brazilian and Afro music, reggae, ragga, percussions and bhangra… A kind of mixing in total rupture with that of a dying disco for which it is intended as an alternative. A way of playing songs often at the wrong speeds, at 33RPM instead of 45RPM and vice versa, and always the obsession of a slow tempo, between 95 and 110 BPM, while the cruising speed of disco mixes goes up to 125/130 BPM… A haunting rhythm, accelerated or slowed down voices, with experimental and ethnic approaches. This fusion of styles was named “Cosmic Style” by Daniele Baldelli, resident of the Cosmic Club in Rimini, and ”Afro Style” by Beppe Loda, resident of the Typhoon in Gambara. It is in this last period that this compilation will immerse you, through 8 tracks from the Italian, German and Austrian scenes. 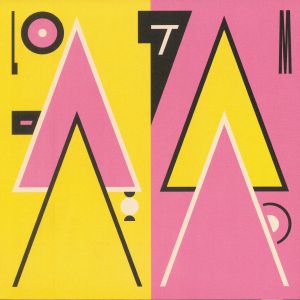 It’s already been two years since Leonardo Martelli’s debut with the four-tracker Menti Singole. He has since been following the direction he took with this first release, at a rather slow path, releasing a lone and haunted mini-album, Previsto, in the meantime. With Menti Singole Vol.2, Martelli establishes a picture of his music, an update of his aspirations in the feminine.

5th Birthday comp featuring a host of artistst who’ve graced the label over the perioid.. Exclusives from Tolouse Lowtrax, Geena, Iueke, Domenique Dumont, . Inoue Shirabe, Raphael Top-Secret and more… Gatefold Sleeve. The music on this compilation covers a wide spectrum of moods and atmospheres, from the dark and raw excursions from Tolouse Low Trax or Iueke to the lush instrumental crafted by Nico Motte and Syracuses Antoine Kogut; however as the listener gets deeper into the compilation, the whole of the tunes, sitting side by side on the records, start to make sense as they all seem to point towards the same direction. If one should try isolating a common trait from all these songs, one might come to the conclusion that it lies in the way they all speak directly to the listeners emotional receptors, unvarnished and without abusing of producers tricks.

The thrid an final installment of archive material. Tolouse Low Trax just needs an MPC, a small Synthesizer set up and some effects to create subliminal hypnotic music trips, driven by dark synthlines and drunken shuffled patterns. ”The primitiveness in my music is linked to something simple, and that don’t have to be obligatory minimal. For me it is enough to dance rough around the core. Music you don’t shape till the end contains of a moment of beauty. A veil of secrecy. I work very simply. I rather reduce my possibilities in ompass. Limitations offer lots of liberties.”

In a very “fourth world” manner, Alek Lee brings together middle-eastern influences in his music with ease and without ever having it sounding cliché: on Harabait and Sfarot (and its dub version), his friends and him play the violin, the bass clarinet and the accordion in a way which reminds of Klezmer music, putting the three songs on the EP in line with both his musical education and his cultural background.

Further unreleased jams from the great Tolouse Low Trax. The producer’s distinctive musical voice – wayward, dystopian, and fearlessly experimental – seems particularly fitting given recent political events. Opener “Calirough”, all sustained horror chords, distorted percussion and ghostly samples, is particularly potent, though the warped, metallic chug of “Hiroglyph” is not far behind. He returns to 4/4 pastures with the post-truth throb of “Wooden Words”, before imagining a bleak future on the intense hum of “Monia”, a typically dark and crunchy workout that’s as chilling as a Donald Trump presidency.

Electro kicks, raw textures, ominous choirs: L’ immaginario, Previsto’s opening track, ties a bound between Martelli’s two releases on Antinote, giving us one last glimpse at the uninhabited post-apocalyptic landscapes drawn in Menti Singole. However, this time Leonardo Martelli explores a more urban universe, as the use of rap samples on Negli abissi and Lo Schema suggests. Martelli exploits their aggressiveness in a way that somehow reminds us of minimalist rap tapes from Memphis. The third track’s title makes it even clearer: called Leggende Metropolitane, the song is a trip into the darkest blind alleys of the city, an invitation to wander among human wastes, driven by its light kick. La Luna, is the most contemplative moment of the album, offering us a meditative break before the nightmarish Il registro, Martelli’s brutal come-back to raw electro with a tune which depicts us a hellish engine room for expiating souls. Finally, the record concludes with Previsto, a haunted title track, filled with wailings that give us to contemplate a cruel vision of the urban misery we’re stuck in.

Nico Motte, the man behind the visual identity of the Parisian imprint Antinote, makes an impressive come-back on the label’s catalogue with Life Goes On If You Are Lucky. Each song seems to be the result of a long session of orchestration by Nico Motte, composer, arranger and conductor, who has been attributing to each electronic component a specific role to play in these 7 little instrumental suites, disturbed from time to time by human elements – a saxophone on Terra d’Amore, the voicefrom Syracuse’s Isabelle on Tacotac – only to reminds us that Life Goes On If You Are Lucky is above all about human fragility.

Antinote introduce Leonardo Martelli who’s Menti Singole 12″ again proves what a vital and interesting label the Paris concern has become under the tutelage of Quentin Vandewalle. Leonardo Martelli is a relative newcomer from Foligno in Italy, with just one prior cassette behind him, which appeared on Drvg Cvltvre’s New York Haunted label. There is a distinct electro flavour hovering over Martelli’s Antinote debut. Of course there is still plenty of room for the kind of leftfield meandering that Antinote has made its name on, but with a more forthright club purpose beating at its heart.

Antinote house Maestro Geena returns triumphantly with a 4 track ep that weaves the deepest melodies with the strongest rhythms. ‘Niagara galleries’ is pure deepness with it’s mesmeric panpipe lead while ‘Lunar substance’ proves that the parisian producer is also a master of the esoteric & ambient. ‘Gotta wear shades’ is filled with the dark memories of lost basement parties and ‘gamma sector’ is a fine example of the best of Acide maison.

Geena’s Second offer on Parisian Imprint Antinote. 3 introspective house tracks on A side and 3 versions of the same track on B side. This one will stay in your DJ bag for a while for sure.

Antinote is back to Cosmic. Beauregard rings the soundtrack music bell and comes right on time with five psych-prog-and-synth music tracks full of cult references.