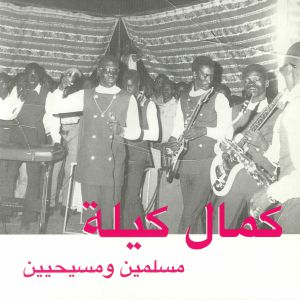 Songs about the unity of Sudan, peace between Muslims and Christians and the fate of war orphans, backed by grooves equally taking influence from Arabic sounds, American funk as well as neighboring Ethiopia. Habibi Funk serves up an album of previously unreleased material by veteran performer Kamal Keila. The music contained on the album comes from two reel-to-reel tapes of session recordings made by Keila and his band for Sudanese radio in 1992, though many of the songs and arrangements date back to the 1970s. During his ’70s peak, Keila was often described locally as “Sudan’s answer to James Brown or Fela Kuti”. Although the influence of both is present on both tracks, you’ll also hear Sudanese blues, fifties-style R&B, hazy funk influenced by the Ethiopian music scene and sweet, horn-heavy, breakbeat-powered sing-alongs.