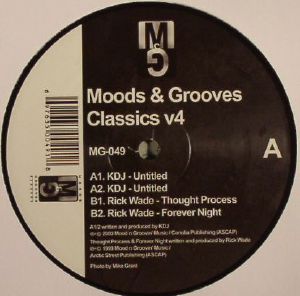 The fourth installment of the classics series features two of the label’s most successful artists Kenny Dixon Jr. and Rick Wade. KDJ’s untitled tracks were previously issued as a limited pressing so here’s your chance to get one if you missed out the first time. Longtime and well respected deep house soldier Rick Wade is featured on the flip side with two classic deep house offerings from his first appearance on Moods & Grooves.