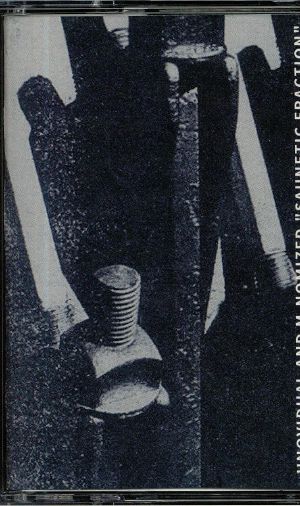 Originally released in 1985, “Saunetic Fraction” finally gets a reissue. A collaboration of France’s M.NOMIZED (aka Michel Madrange of No Unauthorized) and Belgium’s UNOVIDUAL (aka Henk Wallays of Micrart Group / co-founder of the 3rio tape label with Magisch theater and Dirk Ivens of Absolute Body control) . The 18-track album is a diverse beast, but affirms itself among the grandees of Minimal Synth and Electropunk, whilst maintaining a unique twist. At times coming across as the French / Belgian version of Chris & Cosey, there are also elements of the early cut-up Dadaist experimental oddness of Cabaret Voltaire. A much sort after tape, that was originally released in a ludicrously small edition, on Unovidual’s own label.