Captain Filippo Naughty Moscatello cruising again. Close to his recent success with Verde, the Ambassador of Italian House delivers a high-grade next release on Save The Black Beauty in collaboration with Moodmusic Records. “BLU” is the second part of a life cycle trilogy. Steve Bug and Daniel Dexter give their signature on this with a combo Remix.

Luomo aka Vladislav Delay, under a raft of names Finnish artist Sasu Ripatti, has in the last years experimented with ambient, broken beat, glitch as well as grooves and house music with soulful vocals. Luomo is about experimenting with pop music, a big influence for Ripatti, and bringing it to a fusion of house, disco and electronica. His longplayer “Plus” hit the shops in October 2011 with a fine selection of songs inspired by Pop and end of the 80s Chicago vocals. For the 2nd single from the album it was obvious that Spy needed a proper single release, an imminent feel-good song with enough dancefloor appeal to be played out. The release features remixes by My Favorite Robot, Penner+Muder and Teeth. 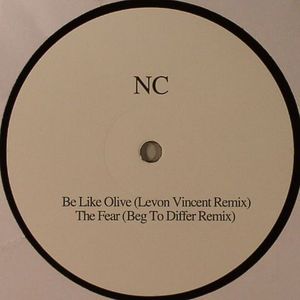 A taster from the Nick Chacona´s forthcoming album we represent a strictly limited vinyl sampler from the first singles “Be Like Olive” in a fearsome Levon Vincent rework and “Fear” featuring the altogether lovely Ms Kathy Diamond in a Beg To Differ Remix from Roy Dank (of Wurst fame) and Nick himself.