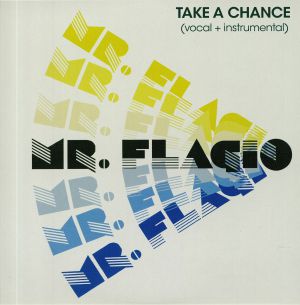 Originally released in 1983, “Take A Chance” is a classic Italo-Disco classic anthem, now officially reissued for the first time on 7 inch vinyl. 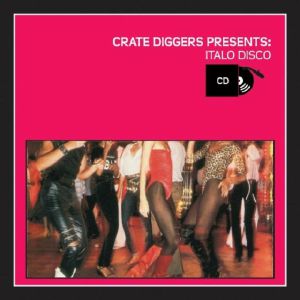 Italo-Disco, (at times abbreviated as Italo) is a music genre which originated in Italy and was mainly produced from the late 1970s to the late 1980s. The origin strongly tied to marketing efforts of the ZYX record label, which began licensing and marketing the music outside Italy in 1982. The genre faded in the early 1990s. Italo disco evolved from the then-current dance music (including hi-NRG) and developed into a diverse genre. The genre employs drum machines, synthesizers, occasionally vocoders and usually sung in English. This compilation contains some of the long lost tracks of the genre restored for the first time on CD. Vivien Vee “Remember” and Capricorn “I Need Love,” are early work by Italian pioneer Claudio Simonetti (Goblin). All tracks digitally remastered along with its booklet, the original artwork and the original recording and extended versions.

Originally released in 1983, “Take A Chance” is a classic Italo-Disco classic anthem, now officially reissued in the same shape as the first vinyl release.

Fonogrammi Particolari is a new record label based in Milan whose main goal is to reissue old school Italo classics in their original form but backed with brand new edits and remixes. The first issue is this essential cover version of Material’s noisy disco classic Take A Chance’ made popular by Mr. Flagio and originally released in 1983 by the Squish label. This cult track appears on the A side in its original form and on the B side in re-edited and reworked form by Fred Ventura and Paolo Gozzetti aka Italoconnection. Enjoy the old and new sound of Mr. Flagio!