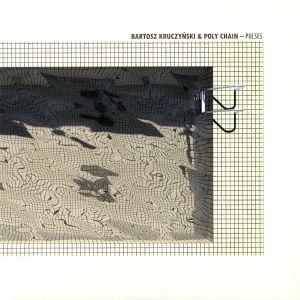 For the second instance in their international parallel series, Into The Light Records treat us with seven lush, rich and warm recordings by currently Warsaw-based producers Sasha Zakrevska (Poly Chain) and Bartosz Kruczynski. Soon after releasing their debut albums – Baltic Beat’ and ‘Music For Candy Shops’ – and realizing similar interests and traits in their solo music, Zakrevska and Kruczynski sketched out a plan for an album and live performance. The record is to a large extent fashioned after the show, with most of the tracks performed live and edited down. ’Pulses’ is a result of hours spent in studio with a minimal set-up of Prophet ’08, Moog Sub 37 and Korg Minilogue; The work present their mutual attraction to minimal synth, repetitive arpeggios and drone music. A perfect blend of poly-rhythmic patterns, ambient textures and beat-less acid moments by one of the most fresh and unique collaborations.