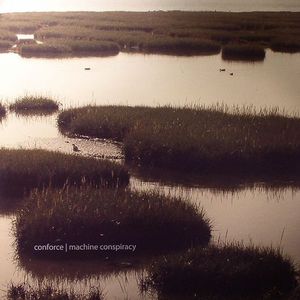 Conforce, aka Dutch techno producer Boris Bunnik, will release his debut album next month on Meanwhile. Entitled Machine Conspiracy, the album continues in the same vein as Conforce’s recent releases on Meanwhile and Modelisme, focusing on a bright and buoyant dub techno vibe. The album was recorded mostly in his bedroom in Leeuwarden, with two tracks originating on the Island of Terschelling, an isolated Dutch isle where Bunnik grew up, which is pictured on the album’s cover. Aside from “Love-Hate” and “Stop Hold,” which appeared on last month’s Love & Hate EP, all the tracks on Machine Conspiracy are previously unreleased.