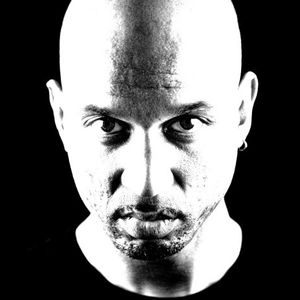 Report this track
This track is not downloadable

Stats for this track

Following Acroplane’s IDM excursion we now welcome Orlando Voorn to the EPM Podcast with an ADE Special from the Dutch techno maestro. Featuring the likes of K.Alexi, Extrawelt, Planetary Assault Systems, James Ruskin & Mark Broom, Future Beat Alliance, Armando, Space DJz, Robert Hood, Sharivari, Art Bleek and of course Voorn himself we traverse the world’s of house and techno in this deep and hypnotic mix from one of Holland’s greatest musical exports.

Orlando Voorn is one of the first Dutch musicians to establish a vital connection between Detroit and Amsterdam in the early 90s and has long been recognized as one of the Netherland’s most original and ingenious producers in the world of electronic dance music. Voorn began DJing at the early age of 12 years old and later went on to win the Dutch DMC competitions in 1986 & 1987 which placed him in the world championships in the United Kingdom where he came in 3rd (1986) and 5th place (1987) spinning his own characteristic blend of hip hop, and electro music.

Subsequently Voorn made a name for himself under the alias Frequency with a classic label known as Lower East Side Records with titles such as “Where is Your Evidence”, “Kiss the Sky” and “Industrial Metal”. As a result of these tracks Voorn was introduced to Juan Atkins and they later started to collaborate & produce tracks together at Voorn’s home studio where he remixed “Industrial Metal’ while Juan tweaked the sounds to make them come out of the speakers a little more pulsating.

Soon after they would join forces and produce the well-known “Game One” which became a classic record on Atkin’s label Metroplex. In that same time span Voorn had met and collaborated with Blake Baxter as The Ghetto Brothers and Voorn also recorded for legendary Detroit label KMS (an imprint of Kevin Saunderson) using yet another alias known as Fix where he created the dance floor destroying “Flash” which remains in many DJ sets to this day. Voorn then completed his ‘Belleville Three’ trilogy by working with Derrick May’s Fragile imprint under yet another alias as Complex, releasing “Midi Merge”.

Voorn used many Aliases back when he started to produce records in order to present various styles of music without limitation to producing only techno and has since gone on to release under the names of Balance, Baruka, Basic Bastard, Complex, Defence, Dope Dog, Fix, Fixomatic, Format, Frequency, Galaxy, The Judge, Limited Edition, Living Room, Maniax Traxxx, Mute, The Nighttripper, PB 2000, Playboy, Progress, Solar, The Stalker, Tank, Trigger, Ultra, Urban Nature, X-It and Orlando Voorn whilst his various collaborations have included Blak Presidents (with Mike Banks/UR), Designer Loops (with Jeff Porter), Ghetto Brothers and OBGB (with Blake Baxter) and Infiniti (with Juan Atkins).

Orlando has seen a resurgence in studio production over the last few years with his Divine & Night Vision imprints remaining very much active whilst his ‘Nighttripper’ alias is about to be resurrected with a host of remixes from well known producers on Underground Liberation and next year will also see a new artist album from the Dutch legend on Big & Dirty. After more than two decades Mr. Voorn can look back on a solid career leaving a legacy of dance music from the past, present & future.

All tracks used in the mix are digitally distributed by EPM Music except where indicated. You can subscribe to all of EPM’s podcasts via itunes.

* only promoted by EPM Music

1. Please give us a quick walk through your selection. Why did you choose these tracks and artists for the mix?

I mostly trust my ears, I love diverse styles of music in general so instead of starting and ending with the same style I mix and match what is good to me and my audience. I love hearing melodies as much as rhythm so I try to combine all the elements together to create unity among the various music genres.

2. How would you attempt to describe your DJ style and what you play?

I am an entertainer who enjoys bringing energy to a set and bonding with my audience. When people come to hear me play I want them to get a taste of proper quality music and to be entertained by skills like DJ Jean said (LOL) but in a positive sense not by gimmicky prop’s which can take the vibe way from the crowd.

3. Are you the only producer who has released on all three of the ‘Belleville Three’s labels? Ie Metroplex, KMS and Fragile. How does that feel?

Yes, in the early 90s I was involved with some of the most credited Detroit labels from the beginning and it was a revelation for me as it all was a very natural process. I felt like I was taken in as one of the brotha’s from Detroit and felt very comfortable working with many of the artists and producers who were born and raised there. The entire experience was a positive one and it was an honor to work with Juan Atkins “The Godfather of Techno” who produced the landmark “Clear” and many other gems. I do believe I am the first European who had the exquisite pleasure of working with all three Belleville’s, Juan, Derrick and Kevin back then.

4. Having produced for over 20 years and under so many aliases and guises which releases are you the most proud of and why?

I am proud of all my work but my most satisfaction comes from the Classics that still stand strong through the test of time and still remain in most DJ crates today. Format#1- Solid Session, Fix –Flash, Infinity-Game One, Frequency-Kiss the Sky and Nighttripper-Tone Exploitation to name a few. There are also records I cherish that weren’t noted as commercial successes, for example the remix I did with Juan Atkins “Industrial Metal” – in my opinion no one has ever captured that type of energy together with funk and fury in a track in that particular manner. Another favorite with a totally different approach are my productions as “Power of Beauty” from my label Divine which has a deep house music style that I am very proud of as well.

5. A few years ago you relocated to the US and spent a lot of time in Detroit. How was that experience?

Detroit was a good place for me at that time, I was not really digging the music in my home country during that period, the scene was changing and I felt it was time for me to go some place else where people would understand me and didn’t force me into “going with the flow” like many others tried. I had A&Rs coming in my studio trying to convince me I needed go with the times and trance had a major influence back then. I was being told my productions needed a “gimmick” which I thought was nonsense. So my creativity got blocked and felt I needed to leave in order to figure what path I should follow with my music. Living in Detroit I was able to get back to producing the way I wanted and Submerge gave me the creative ability to start a label called Ignitor records where I did as I pleased in whatever direction I chose, although after a while a feeling of isolation started creeping up on me as I was being referred to as only a Detroit artist, I have never liked being labeled to one specific genre as I often felt there was more ways to bring my music to the audience then sticking with one crew or one style of music. I have always been a loner in the music industry and don’t like to cage myself into one group however Detroit will always have a special place in my heart. Yet I was born and raised in Holland and Holland will always be number one in my life no matter what!

6. The floor isn’t responding…what’s your ‘get out of jail’ record to get the party started?

Records with energy something that has fire but yet funky & soulful is a must! As for my own records it would be most likely Solid Session or Flash – those tracks are always a crowd pleaser. Yet I believe it still depends on what type of audience is in front of you to set the mood.

Yes of course, the founding Detroit producer’s who are still making music today I have much respect for! Definitely Henrik Schwarz who is one of my favorite producers at the moment he truly kicks ass as far I am concerned. I am delighted to hear he has confirmed doing a remix of Solid Session next year if time permits. Schwarz states “it a monster of a record” I think that’s pretty cool! Furthermore Vince Watson is high on my list as well he’s a very skilled producer. Art Bleek is another favorite also I like a lot of his music which u can hear in this mix.

8. Although releasing under so many different aliases has given you more musical freedom has it also had a detrimental impact on your DJ career?

Yes I believe having various monikers allowed me the ability to produce various styles however it has also had its negative impact on my DJ career by not sticking with one exclusive style. A lot of people didn’t know I was the name behind many productions and even today I have people saying wow OV I didn’t know that was you! Unfortunately I did not get the credit for many productions that are listed in my discog because people simply didn‘t know it was me.

9. We hear that your ‘Nighttripper’ alias is being re-worked with new remixes and that you have a new Orlando Voorn album in the pipeline. Care to spill the beans?

Yes I have a highly anticipated project I’m proud to mention with many well known artists who respect my work as a producer. These remixes will be released on Ritzi Lee’s Underground Liberation Records coming out toward the end of the year and the beginning of 2011 so look for them because they’re going to be smoking hot SOLID RELEASES all on vinyl! My classic track titles are “Phuture” & “Tone Explotation” and the remixers are: Ken Ishii, Robert Hood, Kevin Saunderson, Suburban Knight, Robert Armani, Luke Slater, Paul Mac, Ben Sims, K’Alexi Shelby, Ritzi Lee, DJ T1000 & Yours truly Orlando Voorn. I also have an album in the wood works with a Dutch label named Big & Dirty, this album is overdue and will be finished toward the beginning of next year (thank you Dick for having the patience with me it will be well worth the wait!)

10. Please give us your top 5 ‘All Time Dutch Producers’

In no particular order:

1. Eric Nouhan & Dimitri (B.e.s.t. records was one of the most innovative labels ever in Holland) Huge inspiration to myself.

2. Speedy J ( for all his older stuff only!) was a great inspiration to me back then.

4. Steve Rachmad (has been consistent from the start)

Want to add a timed comment instead? Use the blue bar in the music player

Save as draft?
Cancel

Grab the shortcode or customize your player

If you are using self-hosted WordPress, please use our standard embed code or install the plugin to use shortcodes.

Is there a problem with this track? Is it a copyright infringement, is it spam or are there problems with the sound quality? Please let us know!

Select the sort of problem