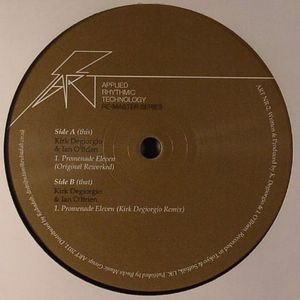 “Promenade Eleven” is a reverse-engineered remake of “Night On The Promenade” which originally appeared in limited quantities on the New Religion label in 2006 under the name “Super-A-Loof”. Promenade Eleven (Original Mix) adhere’s faithfully to the original arrangement but has been re-recorded and totally remixed from the ground-up for a modern club sound. Further to this release are two vastly different remixes – from label owner Kirk Degiorgio and The Third Man.