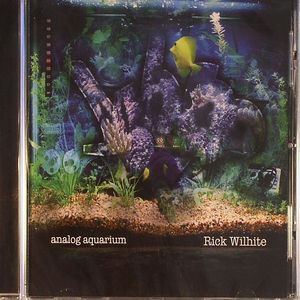 Still Music is proud to present “Analog Aquarium”, the debut album by legendary Detroit house producer Rick “The Godson” Wilhite. Rick is a longtime member of Detroit’s dance music scene, one of the epicenters of Detroit’s 1980’s techno music explosion. Rick has been around for almost two decades and has churned out a myriad of EPs, but never before did he release an actual full-length album. “Analog Aquarium” will feature a total of 10 tracks, of which most are previously unreleased, including a few collabos with Theo Parrish, Osunlade and Marcellus Pittman.