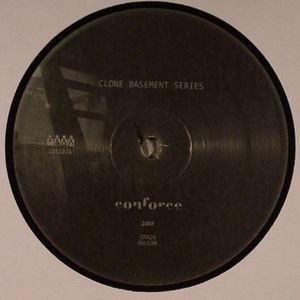 After Conforce’s tight album release on Delsin and other concept projects he did he/we went wild with this one and selected some tracks we just want to play out loud in a club from vinyl (incl. a killer remix by Gesloten Cirkel for the title track). At first sight these tracks dont have much in common… and probably still not for the second listen, but we didnt really bother for this one. It will be a standard in our dj box for the coming months with 4 tracks that all have a bit of a different groove and a different mood. Grain, Be There At Night, 24 and 24 remixed by Gesloten Cirkel. This is probably as versatile as a Clone Basement release can get.