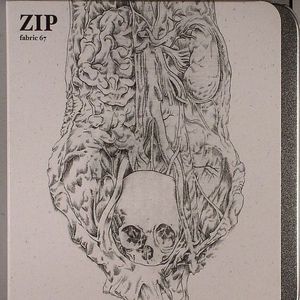 Thomas Franzmann has long been a dark horse of underground club music. Though he keeps a lower profile than some of his peers, his contributions to esoteric house and techno over the past decade plus have made him a cult favorite. As one of the founders of Perlon, he released much of minimal and microhouse’s creme de la creme. He also happens to be an exceptional DJ, especially when the situation calls for the deeper and weirder side of things. In the club, Zip is known for lacing his sets with unreleased or never-to-be-released tracks that keep trainspotters on their toes. He takes a different tack with fabric 67, sticking mostly to records that aren’t so hard to get your hands on (curiously enough, there’s only one Perlon track). “I did the mix with two record players, two CD players and my favourite mixer. I was alone in my studio and it felt just like it did when I was doing a mixtape ages ago,” Franzmann says of the mix. “Only this one comes with slightly more pressure [laughs]…” [RA]