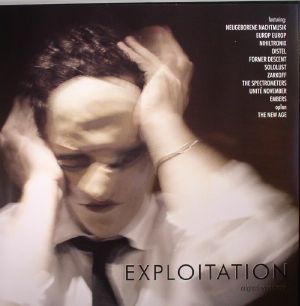 ‘Exploitation’ is the new film by Dutch independent filmmaker Edwin Brienen. Enfant Terrible produced the soundtrack for this gothic-noir satiric fresco. 90 minutes of music to be enjoyed both as true soundtrack as well as a sequel to previous Enfant Terrible compilations… but more dramatic and ritualistic in the way the record is building up. It will please fans of minimal electronics and (post) industrial music but also moves into different styles such as idm, tekno, angst pop and chanson, while always keeping a dark and cold mood and/or dream state feeling throughout.