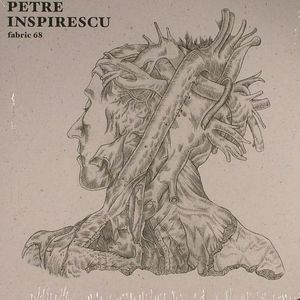 The Romanian Petre Inspirescu has exclusively used his own unreleased productions for fabric 68 makes. Petre’s recent and newfound love and appreciation of classical music permeates the deep structures and rhythms of fabric 68. Everything about the music that makes up the mix is long and liquid, silky and sinewy, with myriad different bass, instrumental and percussive threads wobbling and scurrying their way along.

“I recorded the mix at home and arranged only from my own productions, as I wanted to try to offer a more classical touch to the music I make for the dancefloor and to present it to people. Some of the songs were recorded more than one year ago, maybe two, and some recently. The songs include recordings with a trio (violin, cello, piano) in my studio, other instruments, voice (soprano) and modular sounds.”