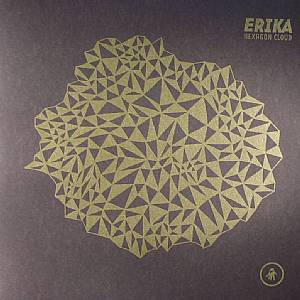 While ‘Hexagon Cloud’ may be Erika’s debut solo release, this is by no means her introduction to the scene. For years Erika has been a member of Detroit’s Ectomorph and co-conspirator of Interdimensional Transmissions, but since these projects play shadowy games with identity and perception, she may just need that introduction. Composing without the aid of a computer, Erika’s system is centered around a rare highly flexible hardware sequencer. The ideas flowed quickly, and what began as an EP quickly blossomed into a double album with the aid of production from BMG. Science and music, dreams of space and microscopic organisms, mutation of plant life and the birth of stars, all come together effortlessly in her work to sound like post acid techno subterranean spelunking in a quest to return to the stars. Or at least to the northern “Hexagon Cloud” of Saturn.