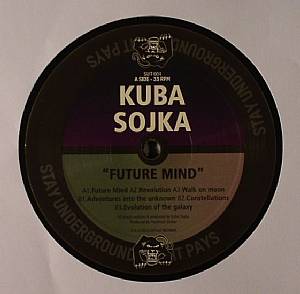 For this 4th release, we decided to bring you guys one of the best producer right now : Kuba Soijka. The analog man, his continued music production has focused on collaboration with the Chicago Mathematics Recordings label, which presents his more jazzy and soulful face, but not only through the ”Bright shadow of a star” EP, but from a bigger thanks to the album ”Mysterious Intrigue” released on 2×12. That release boldly displayed how Kuba can combine a bit of the artistic world in jazz and underground club sound of Detroit techno and Chicago house. This alone didn’t confirm the listeners of his music. It was also due to the fact that he presents a real and sincere vibe and is open to new and developing sounds World-Wide.