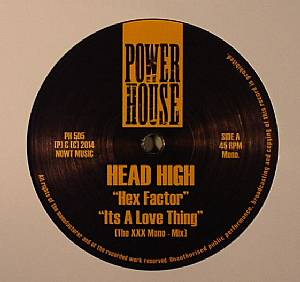 Right on cue, Rene Pawlowitz drops another set of Head High bangers just in time for summer. While previous releases from his Power House imprint have been short but sweet affairs, the brilliantly named Megatrap offers a full nine tracks of what Hard Wax have referred to quite concisely as “uplifting Breakbeat Techno in golden 1990s leaning style”. Those who have heard the previous Head High material will know exactly what to expect, but there’s still much excitement to be had in getting stuck into such a sizeable portion of throwback techno, the likes of which are likely to liven up any party. There was never any doubt, but Pawlowitz has done it again.