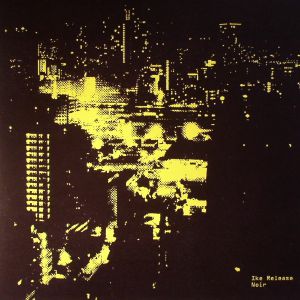 Debut solo full length from Chicagos Ike Release. Ike is an accomplished solo producer as well as being one half of acclaimed duo Innerspace Halflife with Hakim Murphy, and has a long and fruitful relationship with MOS Recordings. For the last five years or so, Ike has been releasing a mind-expanding brand of analogue rich music that continues in his native Chicago’s fine traditions without resting on the usual tired tropes. Labels like MOS, Machining Dreams and his own Episodes have released it to date and now this full length, Noir, comes as a fully formed artistic statement that lays out his sound in all its glory.