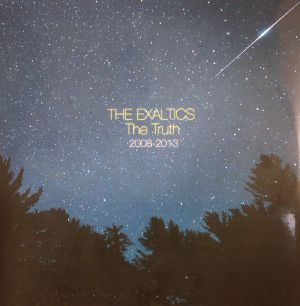 Is the Truth out there? With “The Truth 2008 – 2013” anthology, Solar One Music presents a refine selection of some of The Exaltics greatest tracks from 2008-2013. Box Set , five years of a highly prolific career. This future classic retrospective gathers together the very best of the Jena located artist on labels such like Transient Force, Bunker, Clone or Last Known Trajectory just to name a few. Only a handful of talents succeeded to emerge from the shadows and raise up such enthusiasm the way The Exaltics did over the last 8 years. Widely regarded as one-to-follow since making his musical debut back in 2007, the co-founder of the Solar One Music label never stop transmitting to Earth warning signals, that would affect the whole human race. Early influenced by Detroit and the European West Coast movements, the German producer, real name Robert Witschakowski, quickly forged his own musical identity, extending the legacy of Drexciya or Dopplereffekt. Always coming on strong with a dense, dystopian and even hostile sound, the present LP turns into a testimony of The Exaltics’s technical skills behind his machines. Featuring eleven cuts (two of them never released on vinyl and one unreleased track) of pure robotic madness tinted with Sci-fi and aggressive funk, with lots of room for experiment to turn dancefloors into panic zones, pushing Acid Techno and Dark Electro genres forward, far beyond trends. Thanks to SOM032, the Truth about Ancient Aliens and their plans to invade Earth is definitively in your hands: a must have for every fan of electronics with soul and nuts. We are not alone!