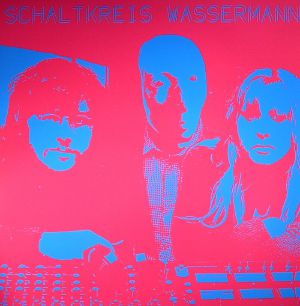 Schaltkreis Wassermann returning with a 2LP album including all their 1980’s minimal synth and soundtrack productions from around the recording sessions of their debut album Psychotron. The bands captured the impressions from the LSD dimension, converted them into synthetic sounds and bringing them to the listeners mind with their music releases. An unique form of art, expecially exciting if you are minding they are from the inner circle of group around Albert Hofmann (the explorer and designer of the substance LSD which changed the world in 1960s). Stella and PJ lived in Albert Hofmans house, on weekends they done their LSD research sessions in their studio, experimenting with their ARP2600 synthesizer. Some tracks made it on their debut album Psychotron, the rest is available now on their 2nd album „SKW“.