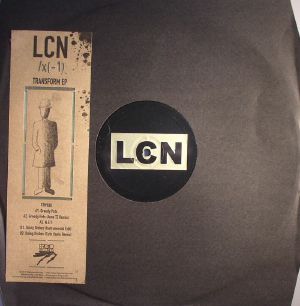 Frigio Records is on the road again with Le Chocolat Noir. The Croatian artist, known for Disco Panonia and his work as Honored Matres, is no stranger to Frigio, having featured on All Stars Vol 1 in 2014. “Transform EP” is introduced by the industrial mental sounds of “Greedy Pets” which brings a new name to the roster as June delivers his interpretation of it. A grimy wave edge is pursued by the Greek machine man for a driving take. The original staggers into being. Drums slip and bass rumbles in a tense and terse piece of gritty music. Then Le Chocolat Noir offers the dark and looming “N.E.T.”. Blackened lyrics are sampled as thick bars of synth and licks of acid make for a menacing curtain fall on side A. On the flip side, the steely claps and burbling bass are rinsed in metal for the gleaming EBM infused “Doing Dishes” with vocals ghost beneath the currents. Following up, vocals ghost beneath the currents, vocals picked up by Colombia’s Cute Heels as the electronic savant debuts on Frigio for a simmering aquatic remix.