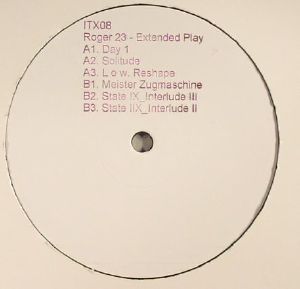 Roger Reuter has only one previous album to his name, the woozy, edge-of-reason ambience of 2015’s Mensch 001. Extended Play is its’ follow up, and sees the experienced German producer appear on Ilian Tape for the first time. Rooted in his usual brand of unsettling, otherworldly ambience, the six tracks variously draw influence from early IDM, drone, dub techno, industrial and experimental film soundtracks. Despite these nods to familiar experimental styles, it’s an album that can easily be listened to in a variety of situations, and never drags. It’s strongest moments, such as the mournful ambient throb of “State IIX Interlude II”, are particularly beguiling.