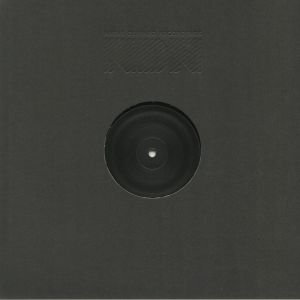 Launch of a new series of Various Artists 12inches to be released on Night Defined Recordings, which will serve as a platform for the existing NDR label family as well as for new faces. NDVAX01 gathers four tracks by Șerb, SW., Roger 23 and Eduardo De La Calle, which find common ground when it comes to depth and space as well as to walk away from established song structures in favor of establishing a forward-thinking type of club music.

Ron Wilson’s 777 serves up more raw and rusty house jams on a new various artists sampler entitled Internal Affairs: this is serious! On the A side is newcomer Brighton with “Tesla” (Leaves Remix), while Frankfurt’s Orson Wells gives us “Ratio” where Saarbruckens finest: Roger 23 gets on the remix and delivers a lush deep acid rendition this side of Tin Man. On the flip, Leaves returns with the impressive “Third Floor” getting an awesome remix by Pablo Mateo; working those drum computers to impressive effect as always. Finally, Orson Wells stays on too; working the nightshift on his remix for Glyn’s “Kevin Lomax” and giving it a lo-fi, neon lit makeover that will appeal to retroverts dancing well into the morning at Robert Johnson next Sunday morning.

Roger Reuter has only one previous album to his name, the woozy, edge-of-reason ambience of 2015’s Mensch 001. Extended Play is its’ follow up, and sees the experienced German producer appear on Ilian Tape for the first time. Rooted in his usual brand of unsettling, otherworldly ambience, the six tracks variously draw influence from early IDM, drone, dub techno, industrial and experimental film soundtracks. Despite these nods to familiar experimental styles, it’s an album that can easily be listened to in a variety of situations, and never drags. It’s strongest moments, such as the mournful ambient throb of “State IIX Interlude II”, are particularly beguiling. 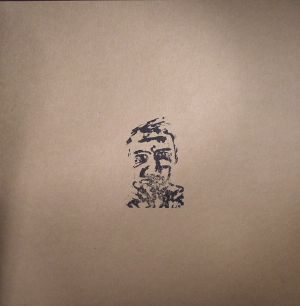 Not the usual Bio Rhythm release… as far as they have any usual releases at all. Recently the label accidentally came across this lost treasure by Midnightopera (Workshop) and signed in at the spot. Produced in 2007, ‘Five’ is an epic 12 minute journey straight into downtempo/deephouse walhalla, making your sunday morning seem to last forever. The 2010 rework is delivered by bad boy Roger 23, diving into even deeper territories and adding some psychedelic elements to make it safely through the other side and back. Sunrise over Riegelsberg.

Layered rhythms force these tracks forward to an unspoken conclusion, although there cannot be any doubt about the tracks’ intentions! Roger 23 has a reputation for producing music that combines great intuition with a roughness that is equally as challenging as it is soothing. ‘Future State’ is no exception to this rule. Bursts of melody and atmosphere draw the attention to relentless, yet not straight rhythmic patterns and vice versa. These five tracks are a remorseless leap into what dance music can be. Made with optimism and an open mind, they explore darker territories in an inviting and open-ended way. The last track on this EP being a short, blissful Ambient piece that abstractly channels the energy of the other tracks serves as one last lap on the rings of Saturn. ‘Future State’ plays with meaning, intention and focus and in the process refocuses itself time and again. It is an extremely versatile exploration that is as engaging and believing as can be.

Neurhythmics once again enters the deepest realms of house music with the help of the one and only Roger 23. Four exciting tracks ranging from deeper chi-house to more jackin’ type stuff.

The new record to be released on Poisson Chat Musique shows a most personal, melancholic and sensitive side of Roger 23 in ‘Element 7’. The calm but mighty ‘No Solution’ on the flipside also confirms him as one of the most interesting dub-techno producers around. Just let the deep sub-bass, the serenity of the atmosphere, and the strength of the ensemble grow in your mind and body, listen after listens… Finally, ‘Ambient V’ is a kind of synthesis of the two previous tracks, mixing the smoke-filled abstractions of Elemental 7, with the dub-techno spirit reflected by No solution.